Dear friends, even the 10th anniversary installment will sadly be a subject to changes in its roster. As we were informed by the agency representing the Canadian act CRYPTOPSY, the band cancelled all their summer shows in Europe, which unfortunatelly impacts MGCDF as well.

The good news is that the vacant slot is filled by a no-less extreme band, i.e. the Maltese butchers Beheaded!

We already visited the Maltese metal scene last installment but shall visit again this one in the company of the death metal butchers BEHEADED. This squad was established in 1991 and gained significant attention already with its first demo “Souldead”, released four years later. The true breakthrough to international recognition came in 1998 with the debut “Perpetual Mockery”, followed by the band’s first tour abroad that included also Czech Republic, wherein BEHEADED appeared alongside Fleshless. For the second full-length, fans of BEHEADED had to wait till 2002, but the greater the blast it was, as attested by the verdict 9/10 by the infamous Terrorizer magazine. At that time, the band also embarked on their first US tour. Further releases came in 2005 (“Ominous Bloodline” album), 2012 (“Never To Dawn” album) and finally, so far, last year, when the album “Beast Incarnate” was unleashed, presenting BEHEADED with a changed line-up and with more extreme sound than before. And since BEHEADED have not yet played on MGCDF, all the more reason not to miss their show!

And on top of that we are adding another name, namely the Italian brutal death squad Hideous Divinity.

This Italian death metal beast was formed in 2007 as a brainchild of Enrico Schettino, one of the founding members of Hour Of Penance. The same year saw furthermore the release of their two-track demo “Sinful Star Necrolatry”, which offered a potent mix of European and American death metal and placed HIDEOUS DIVINITY on the map. And though it seemed afterwards that the band was to disappear, in 2010 HIDEOUS DIVINITY re-emerged in a new line-up, appearing on several shows in Scandinavia, and returning there the following year straight to the famous Inferno Festival. The final confirmation that this warmachine returned came in 2012 with the release of their debut “Obeisance Rising”, a conceptual piece based on the 1988 sci-fi horror “They Live” by the iconic American director John Carpenter, thus setting up a trend to which HIDEOUS DIVINITY are fateful till today. Thus, the second full-length “Cobra Verde”, released in 2014, drew its inspiration from the 1987 eponymous drama by Werner Herzog, while the latest piece “Adveniens” references another iconic sci-fi horror by a no less iconic director – i.e. “Videodrome” by David Cronenberg (though the works of the German pre-WWII philosopher Walter Benjamin also had a role to play in the album concept). Combined with a straightforward, yet technically precise, brutal death metal, it delivers a truly intense experience. So, make sure not to miss it live and in a festival premier no less!

This change also marks the completion of the MGCDF 2018 roster! 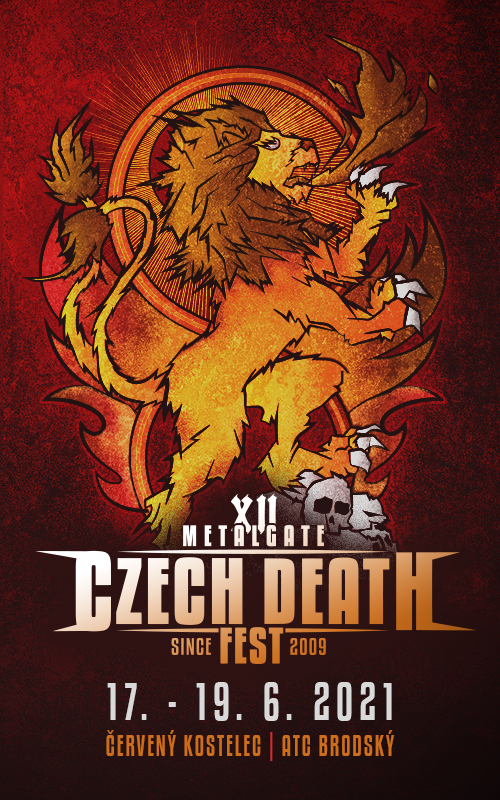