Announcing the sixth headliner of MGCDF 2019!

Dear friends, weekend once again approaches, so it is time for another update of the roster of the upcoming 11th installment of our/your Czech metal feast. With five headliners announced, you are surely wondering who the sixth one is. Well, we will not keep you in suspense any longer, please welcome the Suomi maniacs Rotten Sound! 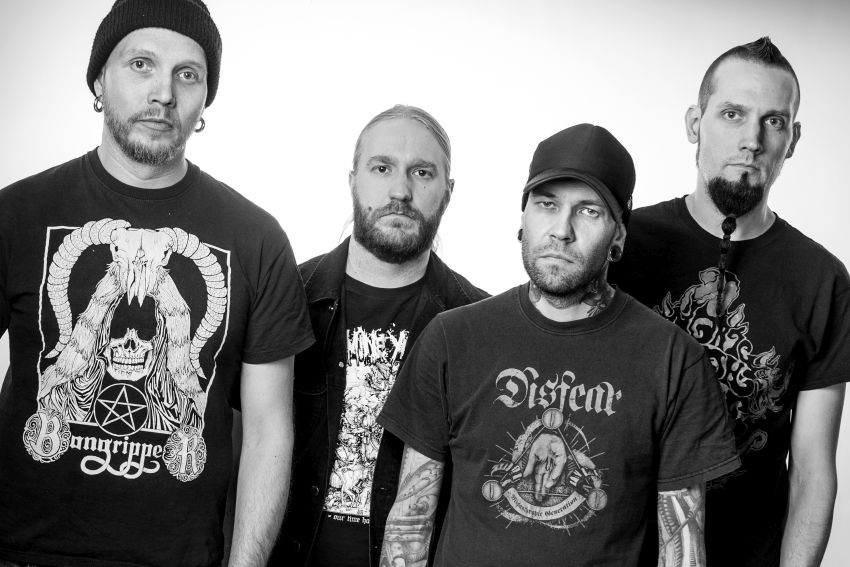 Beside folk, black and the various post metal experiments, grindcore also thrives in Finland. As proof, take the butchers of ROTTEN SOUND who were formed by the guitarist Mika Aalto during one insane night of 1993 in the city of Vaasa after sessions in Vomiturition studio. Following several initial EPs and splits, the first two full-lengths “Under Pressure” and “Drain” arrived in quick succession in 1997 and 98. However it was the third album “Murderworks” from 2002 that gained ROTTEN SOUND a global acclaim and recognition as the new blood in the veins of Scandinavian grind. Since then, their discography kept expanding at a steady pace, reaching the current seven albums and ten EPs, the latest being the full-length “Abuse to Suffer” from 2016 and the EP “Suffer to Abuse” from this Spring. That ROTTEN SOUND has their place in the grindcore hall of fame assured is further confirmed by their inclusion in this year released documentary “Slave To The Grind” that chronicles the history of this most extreme of the extreme metal sub-genres. To the Czech audience, ROTTEN SOUND are no unknown, as they visit regularly, be it on club gigs as well as festivals. On MGCDF we however have not yet had the pleasure, which we shall now remedy with a motherload of chaos and acoustic brutality. After all, nothing less can be expected from ROTTEN SOUND. Do not miss it!

Enjoy and more next time!