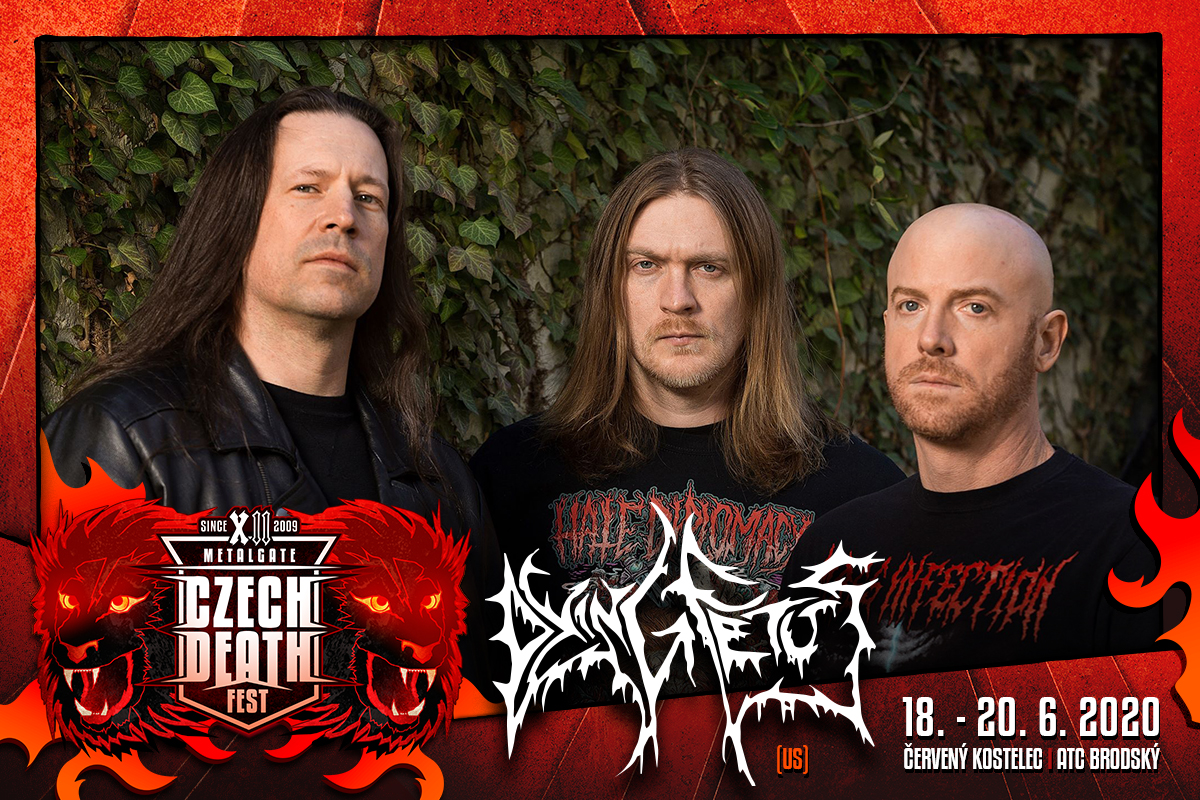 No point in dicking around. DYING FETUS are among the foremost icons of death metal. Period. Launching their career in 1991, when the death metal movement, spearheaded at the time by bands such as Cannibal Corpse, Suffocation or Obituary, was gaining significant traction, DYING FETUS soon joined this death metal elite to remain at the forefront of the genre respectably for some 28 years now. The key to their success has been, especially at the beginning, frequent live shows, ferociously energetic among other things, that soon increased the action radius of the band from the East Coast to the whole of United States. What came next is fairly straightforward to guess. While touring for their third full-length “Killing on Adrenaline”, the band saw their European premiere, as well as appearances on numerous notable festivals. Additionally, songs of DYING FETUS began appearing on various compilations, and the band went from one interview to the next. At the same time, another killer album is in the works, being unleashed at the dawn of the new millennium. Entitled “Destroy the Opposition” and released by the renowned Relapse Records, this full-length is considered by many as the best one there is in the DYING FETUS discography. On this piece, the band presented in detail the cornerstones of their vision that revolve primarily around the critique of the current sociopolitical system. And it is this anti-mainstream attitude that is one of the signature characteristics of DYING FETUS and can be found in plenty on other subsequent releases, of which we need to mention the excellent 2012 full-length “Reign Supreme”, as well as the latest offering “Wrong One To Fuck With” (2017) that raises the bar of sonic extreme a lot further. The album is loaded with brutal breakdowns, dynamic interplays and complex vocal structures. It also confirms the position of DYING FETUS as the dominant force of contemporary death metal, and on MGCDF 2020 you will see for yourself that these are the wrong guys to fuck with.