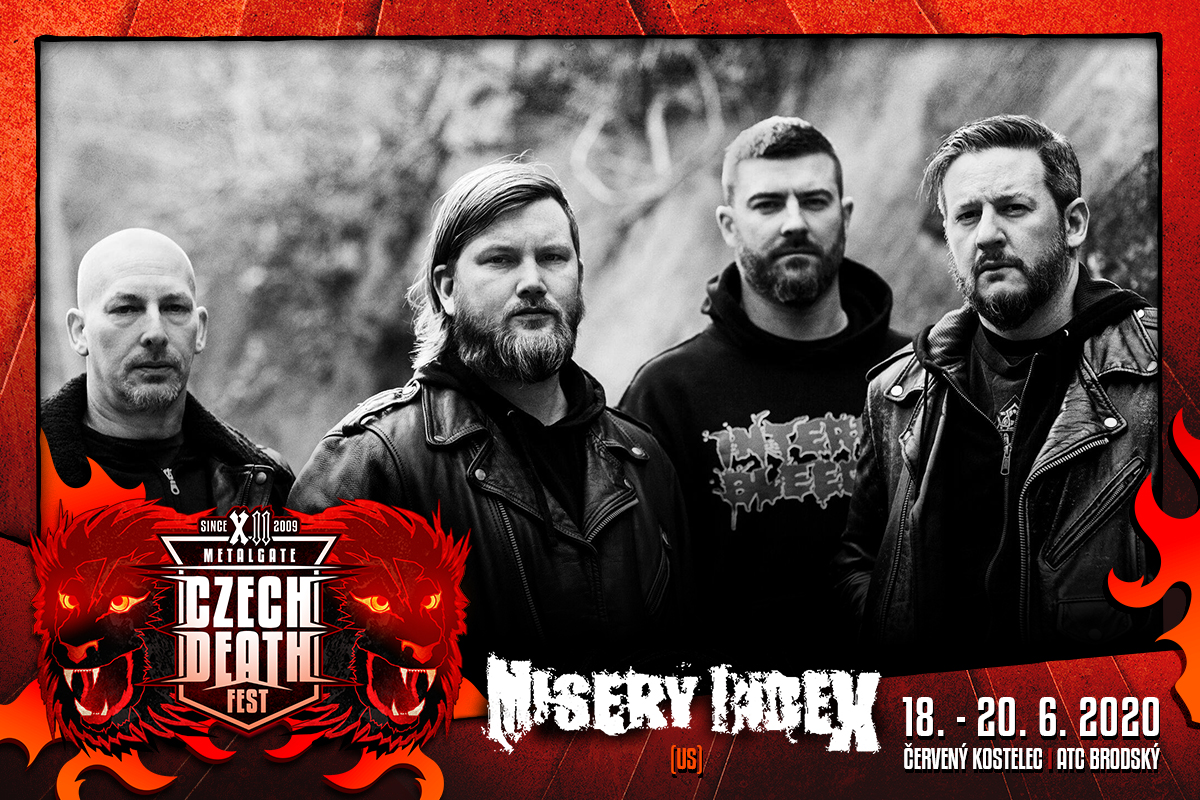 “Misery index” is a macroeconomic indicator that is the sum of the unemployment rate and the rate of inflation. When the American economist Arthur Okun introduced it in the 70s, he of course had no idea that his construct will enter the world of death metal some 30 years later. All it took was Jason Netherton and Kevin Talley leaving the iconic Dying Fetus to pursue their own music vision. Along with the guitarist and vocalist Mike Harrison, they thus formed a new band, and since even this outfit focused lyrically more on socio-political issues than the customary death metal butchery, the name MISERY INDEX was aptly chosen. Initially just a studio project, it quickly grew into a full-fledged band that has been conquering the death/grind territories for some 20 years now, with six full-lengths, a live album and various EPs, splits and singles. And when it comes to live shows, that is a chapter in and of itself. In terms of numbers we are talking about more than 1000 performances in more than 40 countries, both the usual destination and the more exotic ones (such as Turkey, Columbia, Thailand, Indonesia, Malaysia or Iceland). MISERY INDEX of course performed on all the biggest and most notable festivals in the world (be it Wacken, Hellfest or Brutal Assault) and appeared alongside such icons as Nile, Cannibal Corpse or Deicide. In short, MISERY INDEX have done it all and as evident from the latest developments they are still very much alive, as this year the band released a new album “Rituals of Power” via the French label Season of Mist to great acclaim from fans and critics alike (in fact, the whole discography of MISERY INDEX is very strong, without any apparent weak link). And with this latest offering, shall these American punchers visit MGCDF 2020. That it shall be a blast you should not miss needs little emphasis!