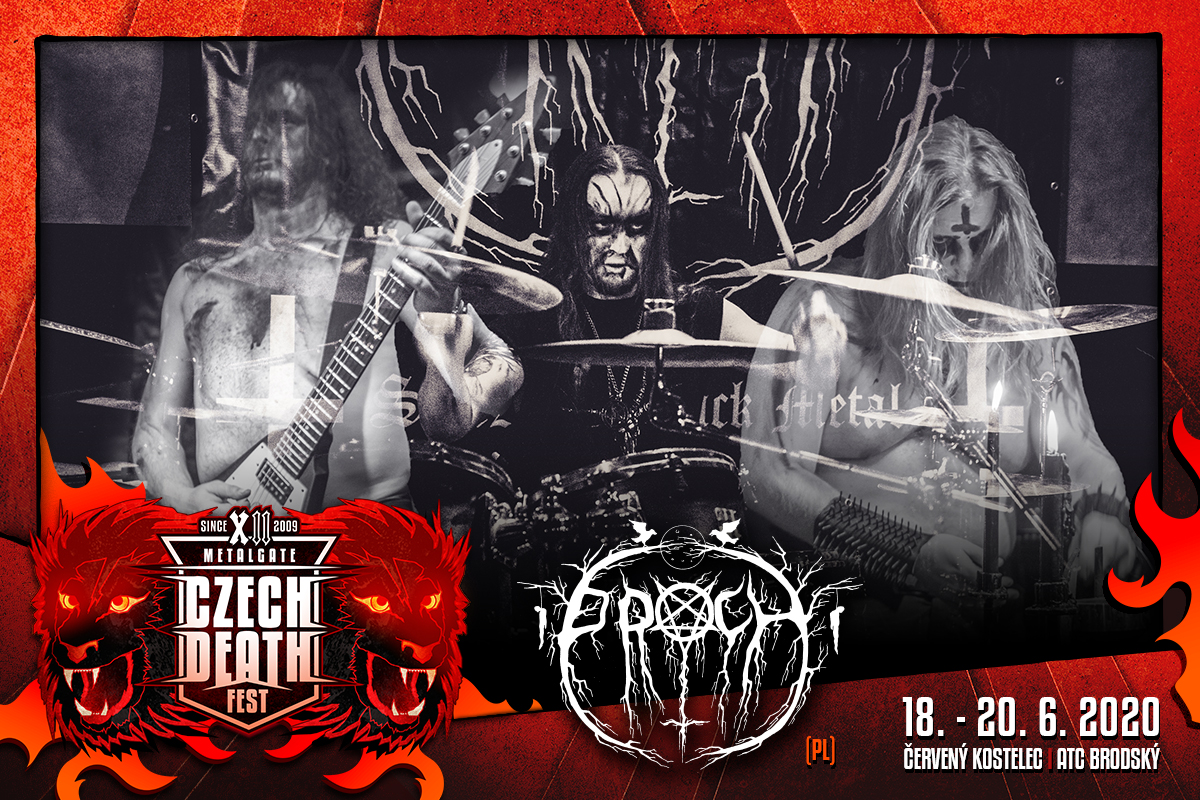 The Polish black metal horde PROCH is unholy union of three maniacs, for whom a solid black metal is the alpha and the omega of their musical vision. The current trends are of no interest to Zmor, Moloh and Heretyk, who opt instead to the truly raw old school black metal sound overflowing with blasphemy. Even the first demo “Urna” (2015) was an example of this old school path that PROCH walk upon, as it was released on a cassette in a strictly limited amount of 50 regular and 18 special editions. In 2018, the blasphemy continued with a CD full-length “Trupi Synod”, released in cooperation with East Side Records, which, no doubt, will be the centerpiece of their show on MGCDF 2020. Gear up then for the unholy black metal rite, filled with pure hatred for Christianity, as well as to anything else that has something to do with religion as such.