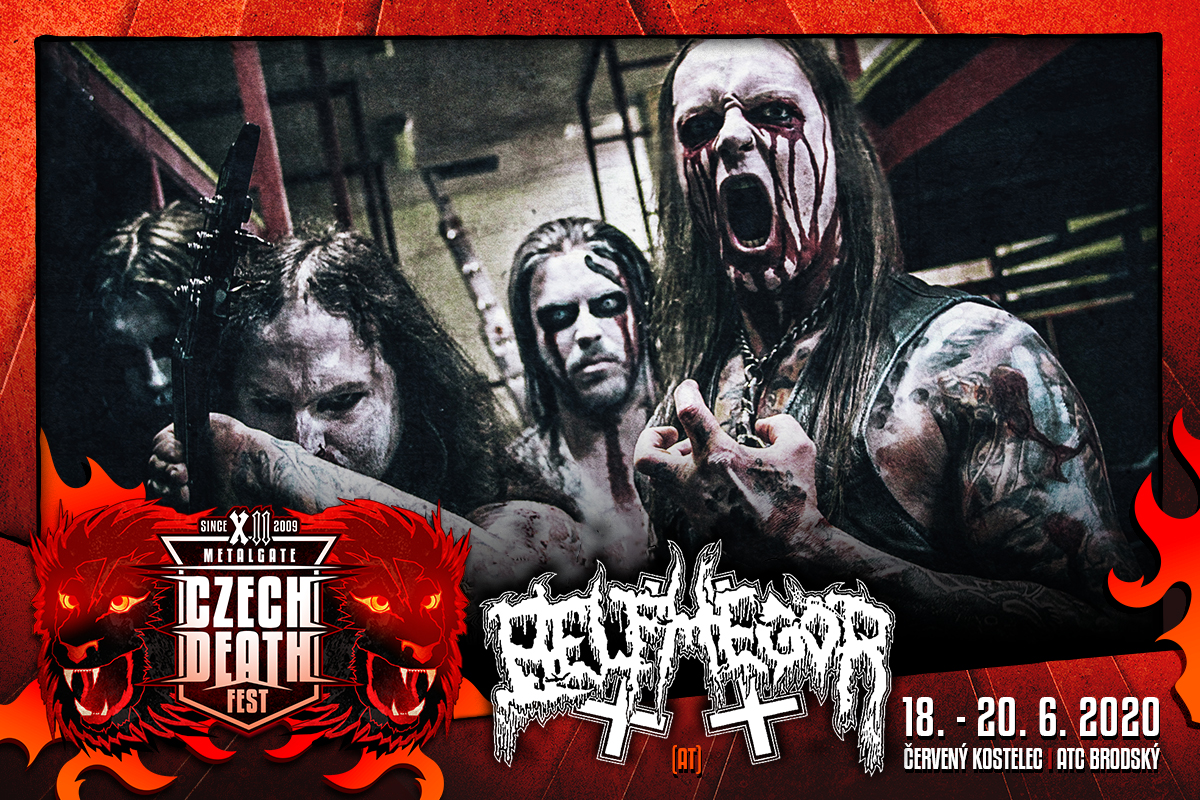 Consider the equation, where you have “Austria” on one side and “metal” on the other. What then would be the equal sign in between? And is it even necessary to ask? For the answer is crystal clear – BELPHEGOR! This outfit lead by Helmut, an infernal par excellence, is rightful overlord of the metal scene of our southern neighbors, as well as a synonym, from their beginning all the way to now, for blasphemy, satanic fidelity, sexual freedom and last but not least a solid death/black metal. Given that, it is no wonder that BELPHEGOR bear the name of the chief demon of sloth (one of the deadly sins), who in ancient times was worshiped in rites hallmarked by blood and debauchery. It was thus the name of Baal-Peor that these blasphemers chosen in 1992 as the banner for spreading their sinful vision. Already on their first demo “Bloodbath in Paradise” (1993) the band rolled out anti-religious, nihilistic and generally provocative themes – to significant success. Thus, before the debut full-length “Last Supper” was released in 1995, there was already an army of BELPHEGOR fans that only grew exponentially once the album was out, thus setting the band on a path that is surely the dream of every band out there: with an acclaimed album came successful shows, which brought more fans, whose support propelled the band to an even more acclaimed album and more successful shows. On and on it has gone, making BELPHEGOR a rightful legend in the genre, whose many albums have achieved cult status. For example, the Marquis de Sade inspired 2008 full-length “Bondage Goat Zombie”, or the 2009 witchcraft ode “Walpurgis Rites – Hexenwahn”, or the latest thorn in the side of all moralists, the brutal “Totenritual” (2017). Their studio work has always gone hand in hand with equally stellar live performances, thank to which BELPHEGOR gained a worldwide loyal fandom. These days, their unholy magic rituals are rampant in the United States, though this tour is concluding soon so that the band can focus on the recording of a brand-new opus, which is scheduled for June next year. And that means one thing – fresh incantations of evil on MGCDF 2020, accompanied furthermore by a special hellfire procession “Ritus Incendium Diaboli”. In short, all hell is coming, and it shall be nothing for the faint of heart!