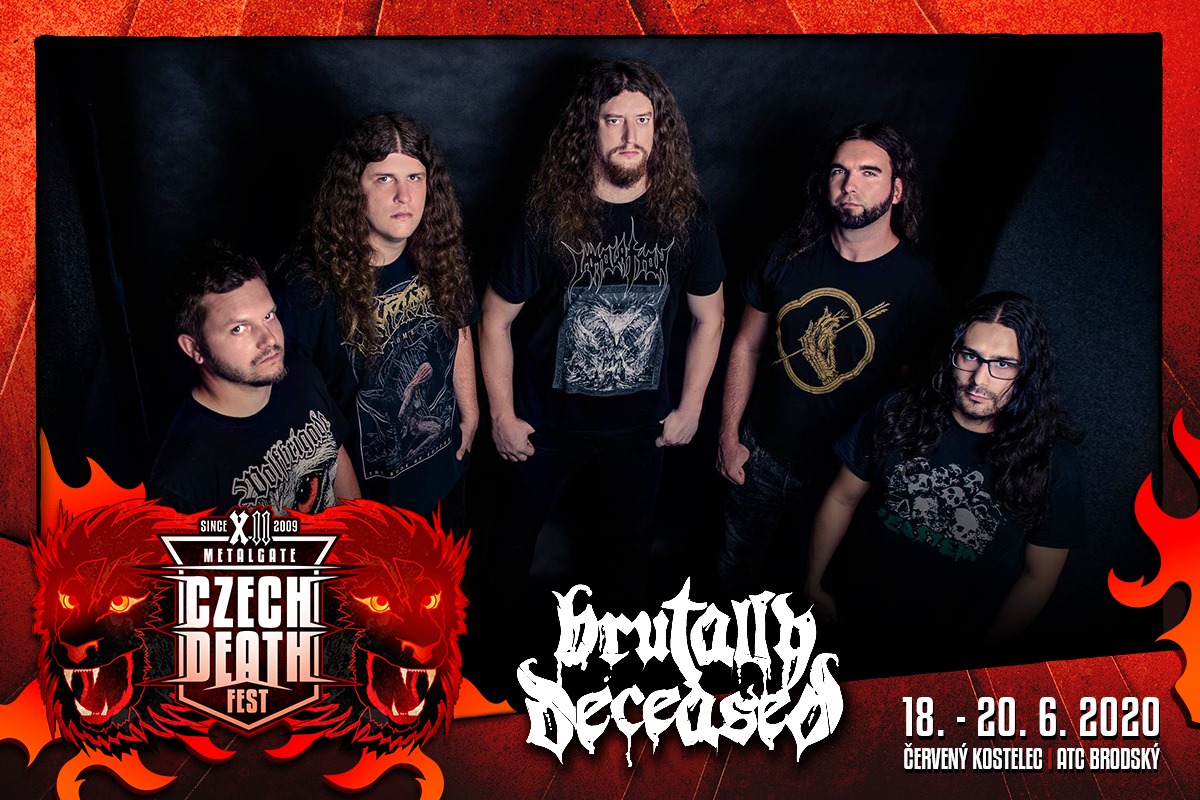 Do you recall the rampage of the frontman Žlababa and his anti-disco commando Shampoon Killer on MGCDF 2019? Well, you should, as it was a blast. And since Žlababa fronts two bands, his signature murmur will be heard again in 2020, as we will host this other outfit of his, BRUTALLY DECEASED. This old school death metal squad came about in 2007 in Prague, and has so far released three full-lengths and two splits, the last of which, “Scornful Death Trail”, wherein BRUTALLY DECEASED joined forces with the Polish outfit Embrional, came out in August 2019, thus being still a relatively new offering. We can hence guess, if the three new songs – “Asceticism (A Seance of Death Eternal)”, “Worship Where the Devil Worships” a “As Darkness Takes Over” – shall be heard next year on MGCDF. Whatever the setlist may be though, one thing is certain: BRUTALLY DECEASED shall unleash a death metal storm that will blow your brains out!