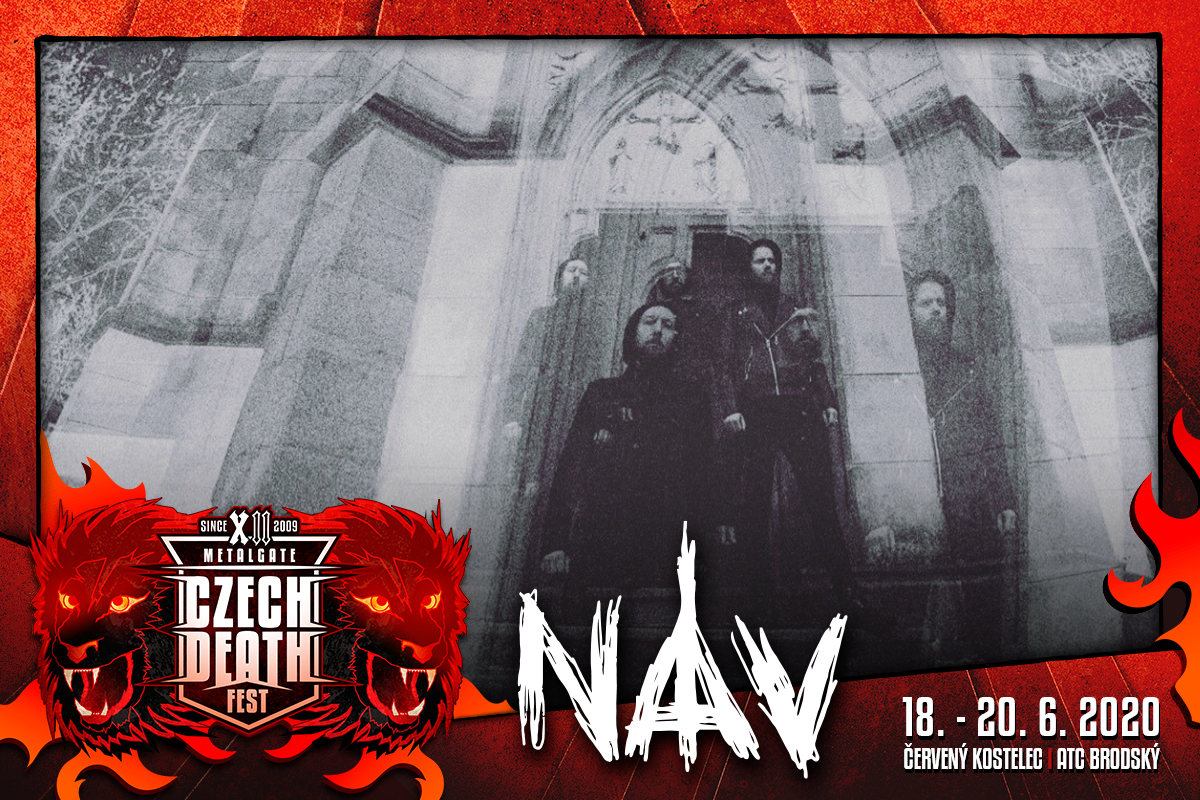 The Southern Bohemia is a region where metal thrives. The local environment is not only conducive to fishpond cultivation but must also contain an increased concentration of heavy metals, thus equally cultivating the talent for extreme music. The most recent example is NÁV. This trio of seasoned musicians stepped into the spotlight in Spring 2019, with the release of their debut “Smrtci”, which came out on a good old audio cassette and offered a truly pure form of black metal. The seven tracks are literally overflowing with nihilism, darkness and cold. On the other hand, the band approaches their musical vision with some levity, which allows them to detach from certain stylistic conventions and create more freely. Apropos, can you guess how the title of their debut came to be? Though in Czech, the word “Smrtci” is certainly very unusual, its origin is rather prosaic, as it is what one online translation program came with, when searching for a Czech equivalent to the word “deathmongers”. And since the band liked this Czech neologism more, the opted for it being the album title. In any case, “Smrtci” is yet another proof that the Czech black metal scene is doing very well indeed. A live testament to that effect awaits you in June, when these heralds of death shall hit MGCDF.