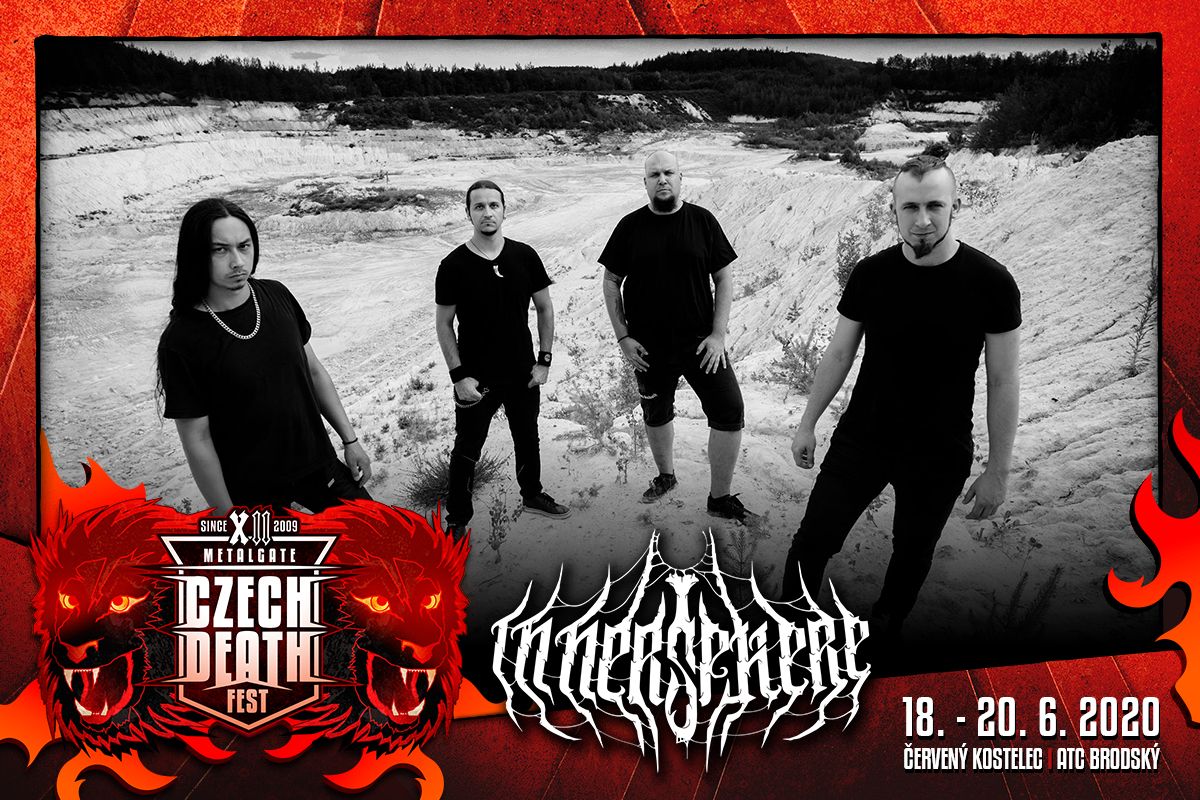 Representing Pilsen on MGCDF 2020 is the young and promising guys from INNERSPHERE. This act was established towards the end of 2015 by the guitarists Míra Litomerický and Tomáš Sršeň, and reached a full line-up in Spring 2016, thus being able to release their first offering, entitled simply “EP”. Already here gravitates the style of INNERSPHERE towards melodic death metal, though with notable influence from other subgenres, such as thrash, black or heavy metal. Shortly thereafter, the work began on a true debut album, with the band approaching the composition with the utmost care and responsibility, leaving nothing to chance. Given that, the debut full-length “Amnesia” appeared some years later, in April 2018. It was certainly worth the wait, and the INNERSPHERE’s debut gained wide acclaim, not only for its quality soundtrack that reached a more aggressive form, but also for the dark tale it tells that revolves around a self-sacrifice in the name of a true love, which goes in the vein of the finest tradition of literary Romanticism. Recently, the band toured alongside Nahum and Purnama on “Within Destruction Tour”, showcasing their qualities far and wide. Admittedly, the guys are at full strength and deserve your attention, including on MGCDF 2020!