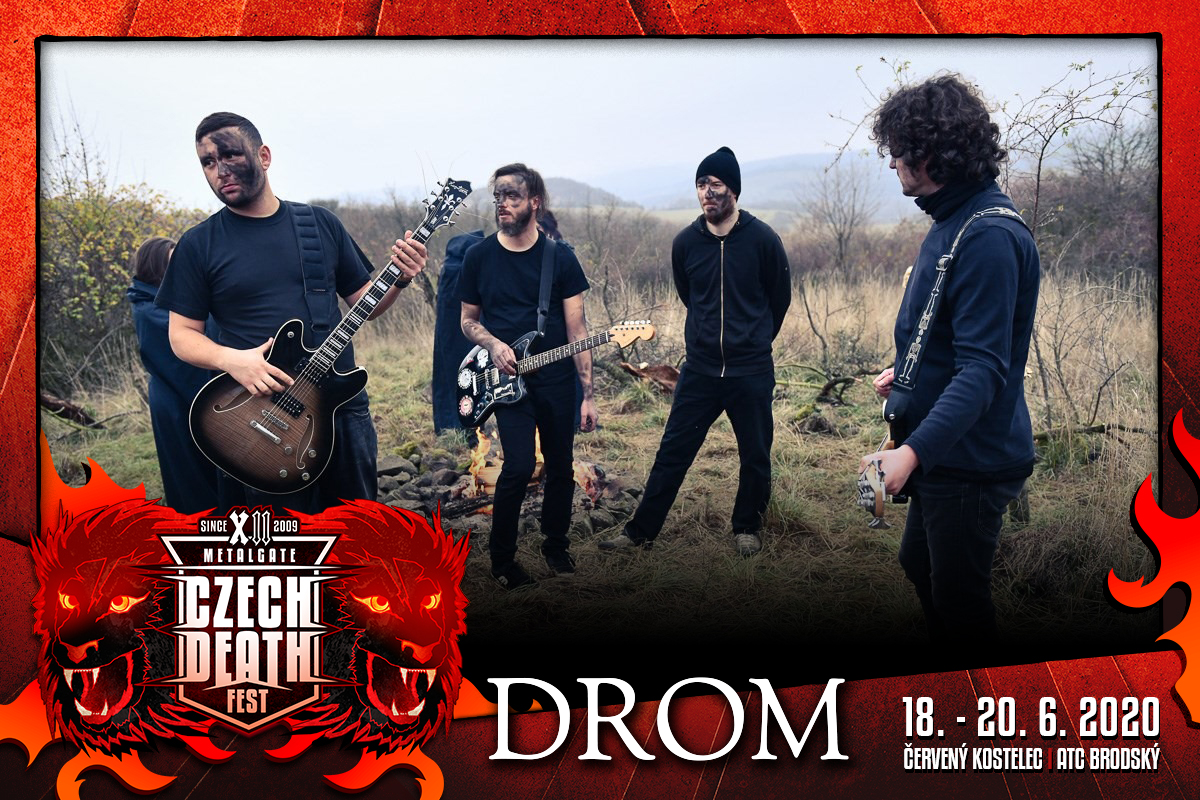 If you are into Czech avant-garde metal, then DROM is probably a name you are already familiar with. Hailing from Liberec, this act stands between post-metal, sludge and dark hardcore, was established in 2010 and made its first mark a year later with the debut entitled “I”, followed shortly first by a split album with Naiada and second by their next full-length “Hectop”. DROM did not end there. Next came their third full-length “Tady bůh není!” (that deals with a sensitive subject of the WWII Nazi concentration camp on Czech soil in Lety), as well as another split “Fullmoon Alchemy Narcotic Session” with Blues for the Redsun (released on vinyl by MetalGate Records). However, that is still not all as far as their discography is concerned. DROM display similar zest when it comes to live shows, so it is then no surprise that they toured Europe several times already. Current news has DROM working on yet another split (take a guess with whom), so on MGCDF 2020 we might hear something new in addition to their classic repertoire.