What to pass idle moments with?

Dear friends, before the postponned 12th installment of our/your Czech metal feast kicks off, next week at that, our information servise is back with yet another anouncement, this time regarding activities to pass potentially idle moments with that became a traditional part of MGCDF. And though this year our pastimes are not in full strength for obvious reasons, there will still be plenty to do. 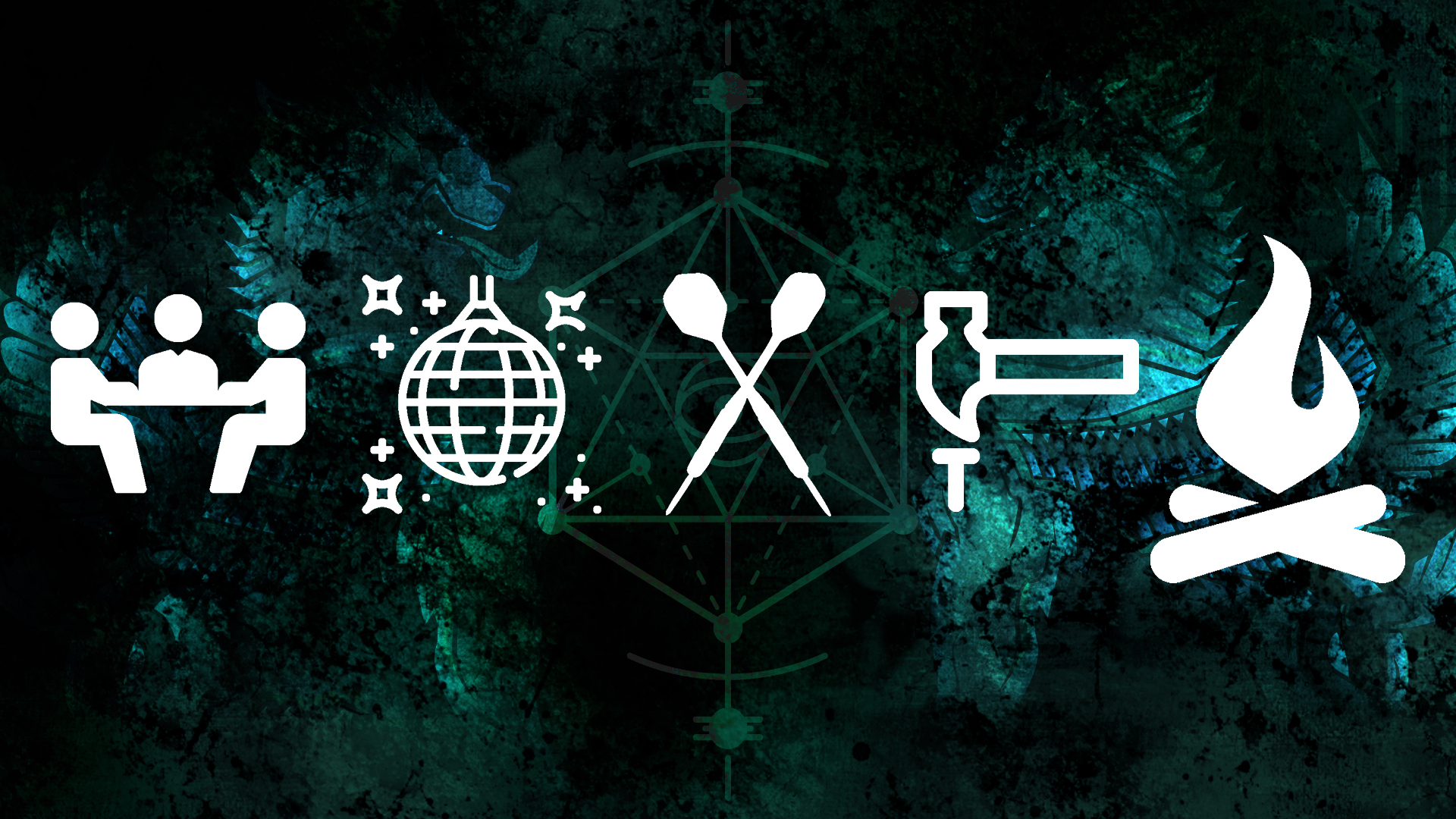 1) The Thursday after-programe is entirely up to you to meet and catch up. For a year it was barely possible to see someone and do something, so it is time for a social restart.

2) On Friday gear up for an afterparty. For the monumental success on the 11th installment, the megastar of the East German dancefloors - DJ INKOGNITTO (do not mistake with other artists of the same or similar name, as there is only one original) again returns to MGCDF with his legendary Rock'n'roll Disco offering the no less iconic rock and metal hits to practise your moves!

3) And while we are on the subject of nightly pastimes, this year there will again be the festival campfire, set alight on the main grounds (each day around 00:30), which you can use for example to roast some wursts.

4) During the day, you can pass time with trying your luck on our dart shooting gallery, or testing your skills in the nailing game. What is it?

You surely know a shooting gallery. In this one, you do not shoot, but throw darts instead. There are many prizes you can win, depending on what you hit. But, to make it more challenging, the target spins, and fast. You will find the shooting gallery next to the festival bar on the main grounds, and shall be opened between 14:00 and 20:00 on Friday and Saturday.

The nailing game is a collective coordination game, very popular in German speaking countries (so we heard). It requires at least two players, who then take turns in hammering down nails, but with the narrow side of the hammer to make it a bit difficult. Who finishes last, buys him/herself and all other players a round. And so it goes on and on, till there is a will to play or anyone with sufficient motor skills. Try it out from Friday 14:00 onwards throughout the whole festival next to the bar on the main grounds.